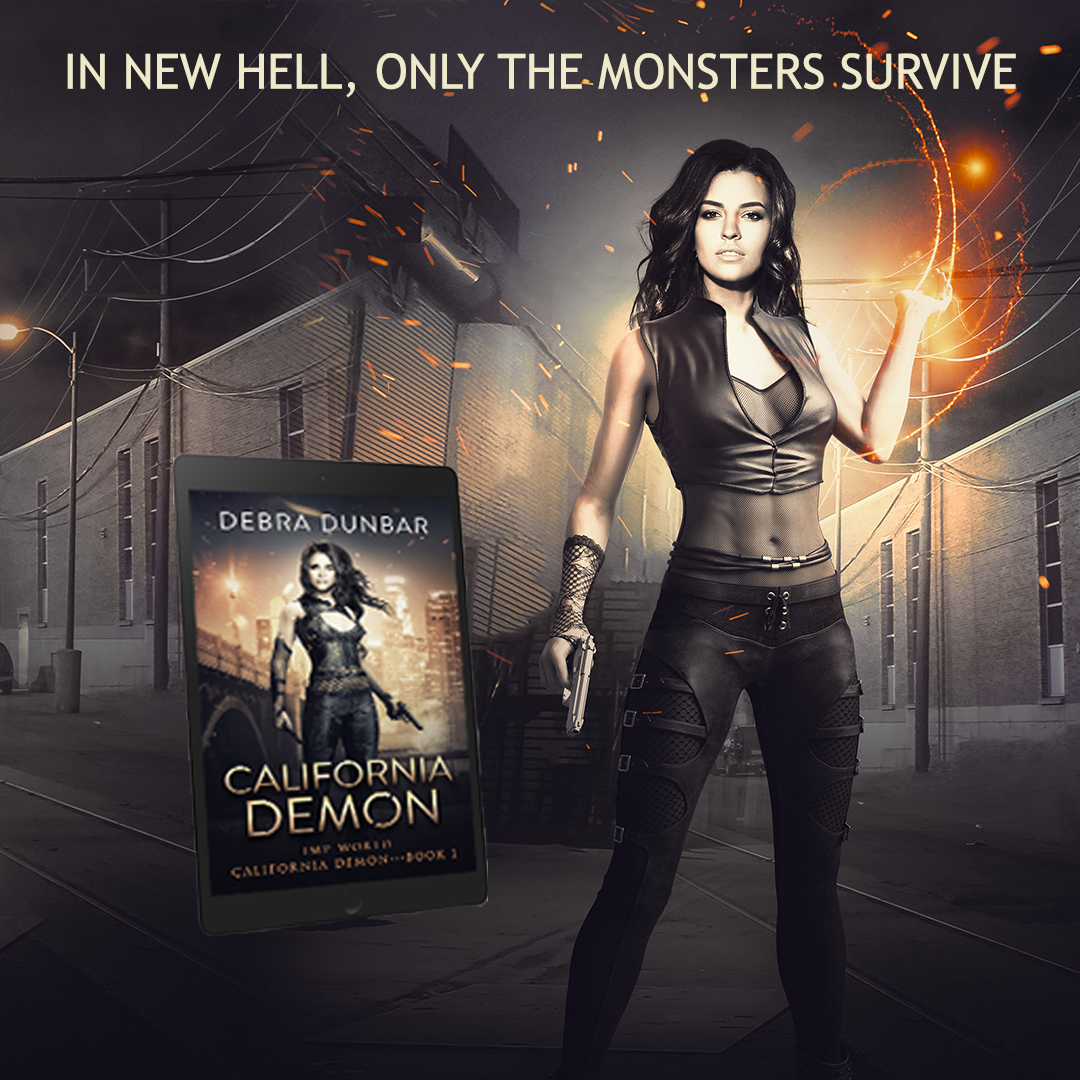 No one is going to argue with the fact that 2020 is one giant dumpster fire. I’m not going to even detail the shitshow because you guys are living it too and there’s no need to rub salt into those wounds. So instead, let me give you a little light at the end of the tunnel – Book 1 in a new series coming January 12th.

I’ve got two long-running series (Imp and The Templar) and a series winding down (Accidental Witches), so at the end of last year I was thinking of starting something new. As I went over my various ideas with my business coach, it was clear that two stood out – one was a gritty, fast-paced urban fantasy set in the Imp World, the other was a comedic absurd romp of a sci-fi. From a business perspective, the decision was a no-brainer. My core audience follows me for urban fantasy (and genre mash-ups that are urban-fantasy like), so that was clearly the more solid idea from a sales perspective. But the sci-fi was so different, so fun, and I love the long-shots, those projects that are unusual and quirky and might make it big or might sell a big fat zero. The Imp Series was that sort of project for me, and that’s why most of you are even reading this blogpost right now. But I’ve had other out-there series that didn’t do so well, so it’s always a risk.

Did I mention how I eat risk for breakfast? Me, the woman who broke five ribs and punctured her lung in a riding accident and was trying to convince the doctor she should be back on her horse three weeks after coming out of the trauma ward?

But at the end of January when I touched base with my business coach again, I was inexplicably writing the urban fantasy. Why? My sister-in-law had just unexpectedly passed away from severe liver failure. Pandemic looming. Election looming. A health scare of my own. Why TF was I writing gritty UF when I should be wanting to escape into the sci-fi comedy, or the comfort of my cozy-mystery pen name, or the fun familiarity of the next Sam book? Why?

Because sometimes when shit hits the fan, you want to escape for just a few moments of peace and laughter, and sometimes you want to scream and fight and with asskicking determination, claw your way to the surface.

That was me in January. It’s me now. And more importantly, it’s Eden Alvaro trying to keep her family safe in the dystopian New Hell that is LA.

In the Imp Series, the demons have taken control of the western coastal side of the continent. There’s no fight for the USA or Canada or Mexico to reclaim those lands. If you live there and you’re rich, you’ve got two choices— abandon your twenty million dollar home and get the hell out, or invest in enough physical and magical security that you can pretend everything is fine and go on living your one-percent life. La-la-la-la, nothing to see here the armed guards and durfts patrolling the grounds will take care of any unpleasantness.

Some can leave their houses behind and try to start from the bottom as long as they have the money to bribe their way across the border and enough savings to settle in somewhere in try to get a job.The rest of us? We’re screwed. Go to work, if you’re lucky enough to still have a job. Deal with rolling blackouts and frequent water shut-offs. Shoot anyone who tries to rob you. Hope the demons or the other monsters don’t get you.

Scream. Fight. Claw your way to the surface. Because demons or not, we’re going to survive.

Preorder California Demon at Amazon, Kobo, Apple or B&N. The e-book releases January 12th, with paperback and audio available as close to that date as possible. And because waiting sucks, book 2 is releasing March 16th and book 3 sometime in June. ** Please note that if you read e-books on a non-Kindle device/app, preorder because the e-books will be going exclusive with Amazon the week after release to be available to Kindle Unlimited subscribers.