A Fable for Writers 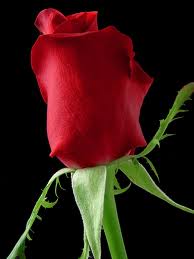 Gather round, ye young and old, as Mama Debra tells a tale of two authors.  A parable as old as the internet, handed down via viral media.  Ancient and revered.  One author we’ll call Snow White, and the other Rose Red.  Both are mid-list authors with several publications, although Snow White has had the fortune of having her books published via a well known, Big City, publisher, while Rose Red’s novels are through a small press publisher.  Both ladies have excellent writing skills, both are pleased with the reviews and notice brought about by their writing.

One day, Snow White was overheard lamenting that a series of books she had sold to her publisher was being ended.  The publisher had given Snow White a contract for a series of six books, but as the first two novels in the series had sold less than they hoped for, they were no longer interested in publishing the other four.  Snow White was distressed for her readers.  Even though the books were well put together, self-contained with a solid plot framework and no cliffhangers, fans of the series had expected more.  And the author wanted to give them more.  Snow White’s characters had more in them and she felt compelled, as any artist, to let them fulfill their lives on the page.  But that wasn’t all that bothered Snow White.  She didn’t know what more she could have done.  She had a solid author platform.  A website with a blog.  She had a Facebook page, a Twitter account, and at least three other social media platforms.  She went to conventions, to book signings.  She posted often on her social media.  What more could she have done?  Why did her books not sell more?

Enter in Cinderella. (Yeah, I know.  Just go with me here.)  Cinderella was a poor, yet unpublished writer, who had a big heart.  She overheard the plight of Snow White and felt sorrow.  They both shared a common bond (same sorority, cat with the same name, same obsessive love of chili mac, etc.).  Cinderella sent a sympathetic e-mail to Snow White, and promptly went and bought the two books from the doomed series.  She blasted her social media, entreating them to support Snow White by buying her book.  She @ mentioned Snow White on Twitter, posted links to her Facebook page, reviewed Snow White’s book on her website, looping Snow White in at every stage so she knew she had a loyal and dynamic fan.  And Cinderella received. . . nothing.  Nada.  Zilch.  Snow White never responded to her e-mail, Twitter mentions, Facebook comments, book review.  Nothing.  Which may answer the question as to why Snow White’s well written novels didn’t do better.

Some may say that Snow White is too busy to respond to every Twitter mention and e-mail.  If that’s the case, then Snow White needs to hire a publicist, because it’s hard to champion an author when they are aloof and unresponsive.

Rose Red has traveled a different path.  Her books are published by a small press.  Even though she doesn’t have the weight of a powerful publisher behind her, she doesn’t have the pressure to deliver huge sales numbers.  Her sales are very close to Snow White’s.  But this fable isn’t about the pros and cons of different publishing options, it’s about what constitutes a successful author platform.  Cinderella’s friend recommended one of Rose Red’s books to her. She read it and enjoyed it.  She reviewed it on her website.  She did not e-mail the author or @ mention her on Twitter in connection with the review.  But Rose Red found her.  Rose Red e-mailed her, thanking her for reading the book and expressed how thrilled she was that Cinderella enjoyed it.  She friended Cinderella on Twitter, and re-tweeted her post about the review.  Six months later, Cinderella reviewed another of Rose Red’s books, and e-mailed her about the review, fully expecting that Rose Red would not remember her.  Perhaps she didn’t, but Rose Red was quick to respond to Cinderella’s e-mail and was warm in her thanks for the review.  Not only did she re-tweet, but she also read Cinderella’s other blog posts, and offered assistance to her on a writing matter.  She also blogged about Cinderella, linking her website in the blog post.

Guess who Cinderella thinks walks on water?  It’s not just a matter of enjoying someone’s books, it’s a personal connection that makes the difference in this world.  Cinderella isn’t a mover and a shaker. . . yet.  But what if she had been?  What if she’d been Nora Robert’s best friend?  Or  Ridley Scott’s tennis partner?  Snow White missed an opportunity, lost out on a loyal fan that may have made a difference in her sales.  Every reader counts.  Every single one.  That’s hard to believe when the price of e-books and publishing contracts are at a point where it takes thousands of sales every month to break even.  It’s easy to discount one person, but can we really do that?  I can’t.

This isn’t just an isolated incident.  Just this past month I read and enjoyed a book by another not-anywhere-near-famous author.  I’d tweeted the author saying I had bought their book.  No response.  After finishing, I tweeted the author again mentioning the book by name and saying how much I enjoyed it.  No response.  Here’s the twist.  I belong to several blog roll lists where promotional folks offer various authors for interviews/book reviews/ guest blog posts.  This author is in a recent e-mail.  I enjoyed the book, would normally love to review or help promote this author, but not now.  Why should I go out of my way to promote an author who can’t even be bothered to respond to reader praise about her book?  There are other talented authors out there who I’d rather help.

Has this happened to you?  Does positive social interaction make a difference to you?