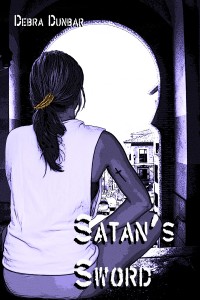 Yes, book one, A Demon Bound was just released on June 17th, 2012, but that doesn’t mean my team and I haven’t been hard at work on several other novels.  Satan’s Sword, book two in the Urban Fantasy series featuring Samantha Martin, is currently in edit with a tentative release date of October 20th, 2012.  It may be only August, but the cover is ready to roll!  Thank you Crimson Chain Productions.